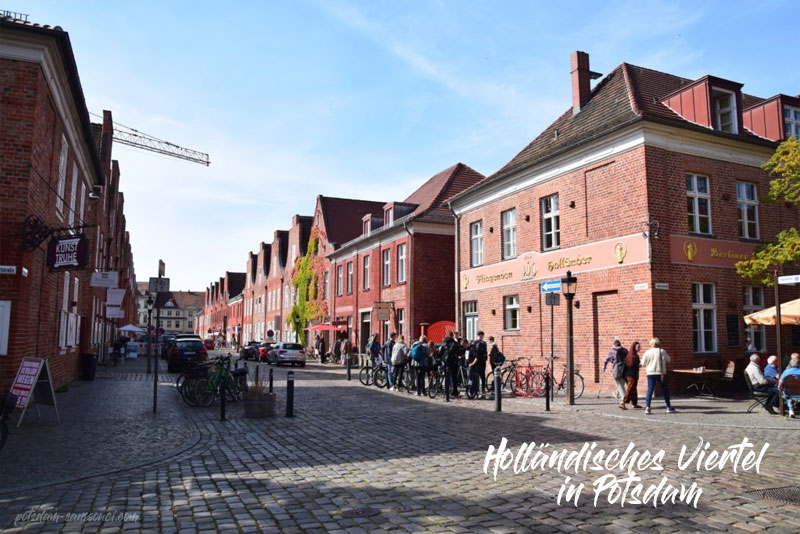 In this article we would like to introduce you to the Dutch Quarter in Potsdam, which can be found in Potsdam’s city center and invites you to visit with its many small shops, shops and restaurants. It is one of the most important sights in Potsdam.

The Dutch Quarter is a district in the historic city center of Potsdam. It was built between 1734 and 1740 as part of the second city expansion under the direction of the Dutch master builder Johann Boumann. Frederick William I was inspired by his extensive travels through the Netherlands and used them to try to recruit Dutch craftsmen and builders. With little success. Under Frederick II, the Dutch Quarter developed into a colony of artists and craftsmen.

The district consists of 134 red-brick houses, divided into four blocks by Mittelstrasse and Benkertstrasse. The houses are unplastered, with white joints, shutters and some curved gables. It is considered the largest contiguous building ensemble and cultural monument in the Dutch style outside of the Netherlands in Europe. A unique attraction of the city.

Unfortunately, the condition of the houses was not always as good as it is today. At the end of the 1980s, the quarter was in dire need of renovation. With the political turnaround, the Dutch Quarter was renovated. Today there are many exclusive shops and cozy cafes and restaurants in the houses. In addition to the architecture, these make the district particularly popular with tourists. In addition, the district is now one of the most attractive residential areas in the city.

There is a museum at Mittelstraße 8 in honor of the master builder Johann Boumann. The Jan Bouman House is dedicated in particular to the history of the Dutch Quarter in Potsdam. Many baroque original details can also be seen, as well as a permanent exhibition which, in addition to the history of the Dutch Quarter, also shows the renovation of the listed building. Household effects and some furniture from the 18th century also provide an insight into the everyday culture of its first residents.

Every year the Tulip Festival and at Christmas the Sinterklaas Festival take place in the district. These take place through the Association for the Care of Dutch Culture in Potsdam e. V. and its promotion company of Dutch culture Potsdam GmbH.

Guided tours to the Dutch Quarter

Pictures from the Dutch Quarter 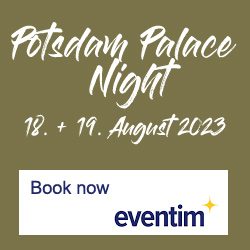