Park Sanssouci, with its approximately 290 hectares of park area and its many palaces and buildings of different styles, is one of the most beautiful park landscapes in Germany and a real visitor magnet. This is precisely why many visitors come to Potsdam – to visit Sanssouci. We would like to introduce you to the park and the sights and give you some information.

Tip: Explore Potsdam & Berlin with the Berlin WelcomeCard for 48h, 72h, 4, 5 or 6 days. Use public transport in zones AB or ABC, get discounts of up to 50% from over 200 partners (including many Potsdam institutions such as Sanssouci Palace) & use the pocket guide.

Creation of architecture and garden art in Sanssouci Park

The Sanssouci Palace Park (French: sans souci = without worry) is a creation of architecture and gardening and is considered the work of Frederick II, King of Prussia. It was he who had the park built and designed from 1744. The park did not develop overnight, but over 250 years. Different garden artists were involved in the construction, expansion and redesign of the park. These included Georg Wenzeslaus von Knobelsdorff, Heinrich Christian Eckstein, Peter Joseph Lenné and Gottlob Schulze. The park has been a UNESCO World Heritage site since 1990.

Beginning in 1744, Frederick the Great had Sanssouci Palace and the surrounding grounds of the eastern park built. Friedrich already knew many castles and parks, studied books and plans. It is remarkable that he made his own sketches for many buildings. He also liked to be inspired from other countries and adopted ideas and suggestions for park design.

The centerpiece is, on the one hand, the Frederician pleasure garden, which is regular to the west of the obelisk. This was built between 1744-57. The vineyard terraces northwest of the Marlygarten also form the centerpiece. The Marlygarten was also the old kitchen garden of his late father Friedrich Wilhelm I .. From the vineyard on which he had Sanssouci Palace built, Friedrich was able to enjoy a wonderful view of Potsdam and the surrounding area. That is why he had a tomb created in the vineyard in which he wanted to be buried.

The sentimental landscape rehabilitation garden to the west was created between 1745 and 1763. Here he had the old pheasant and roe deer planted and sculptures erected. This leads to the New Palace and around the Belvedere on the Klausberg.

The first landscape modernizations took place in 1787 and 1822. In 1826 and 1827 the park was expanded with the Charlottenhof Park and in 1827/28 with the new facilities (hop garden). There were further changes to the park after 1840, when the Frederician garden parts were changed and the Marly garden was redesigned in the landscape style (1845-1847). The historical Sicilian and Nordic gardens were created as part of the planning of the triumphal road. Between 1853-70 the gardens around the orangery were also created.

Between 1902 and 1908 the park was rounded off by the so-called Potente piece (inspired by the Nordic landscapes). The last changes were made in 1913 with the Maulbeer

In addition to the park and Sanssouci Palace, there are countless other sights in the park. Examples include the New Palace, the Orangery, and the Chinese tea house in Sanssouci Park.

Sanssouci Palace is the highlight of every Potsdam trip. Let yourself be enchanted by the summer palace of Friedrich II and the vineyard terraces.

Friedrich’s last creation – the New Palace – the Fanfaronade, was built between 1763 and 1769 to mark the end of the Prussian Seven Years’ War. Builder for Frederick the Great included Büring, Manger and Gontard. The beautiful Rococo building stands in the west and forms the end of the park.

The orangery or orangery palace was built by Persius on behalf of Friedrich Wilhelm IV. From 1851 to 1860. The Italian Renaissance is reflected in the 300 meter long building.

Frederick the Great had the small Chinese pavilion built near his summer palace Sanssouci. Around the Chinese tea house are life-size, gilded sandstone figures of musicians and Chinese dining.

The Charlottenhof Palace, modeled on Italian country villas, is a classicist summer palace. It belonged to Crown Prince Friedrich Wilhelm IV and his wife Elisabeth. It was originally built by Johann Gottfried Büring from 1756 to 1758. Later, from 1826 to 1826, it was transformed into a castle by Karl Friedrich Schinkel and Ludwig Persius.

The Friendship Temple is a small round temple in the western part of the park in Potsdam, near the New Palace. It was built by the Prussian King Friedrich II in memory of his favorite sister, Margravine Wilhelmine von Bayreuth, who died in 1758. Between 1768 and 1770, Carl von Gontard created the pavilion near the New Palace, south of the main avenue, as a counterpart to the Temple of Antiquity, which was located in an axis north of the avenue.

The Antikentempel is a small round temple in the western part of Sanssouci Park in Potsdam. Frederick the Great had the building built to keep his collection of ancient art objects, coins and gems. In 1768/69, Carl von Gontard created the building near the New Palace, north of the main avenue. It can be seen as a counterpart to the friendship temple built in an axis south of the avenue. From 1921 the antique temple was used as a mausoleum for members of the Hohenzollern family. For this reason it is no longer accessible to the public.

Address of the Park Sanssouci

You can find information on opening times, admission prices and contact options here.

Or use one of the following offers from our partner GetYourGuide to discover Sanssouci Park, Sanssouci Palace or other Potsdam attractions.

You can find official information on the website of the Prussian Palaces and Gardens Berlin-Brandenburg Foundation.

The best sights of Berlin 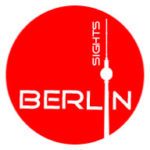